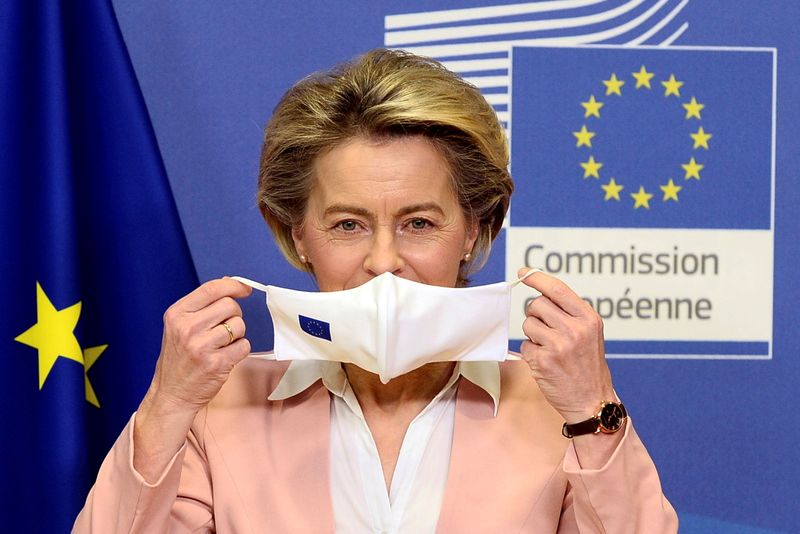 BRUSSELS (Reuters) – The European Commission is proposing to speed up the production of COVID-19 vaccines by helping to upgrade existing pharmaceutical plants or build new ones, according to a letter seen by Reuters on Tuesday.

“The Commission should deploy all means necessary to meet Europe’s needs, be it through additional investing in upgrading or repurposing existing plants or building new ones,” the joint letter to EU leaders said.

It added that the newly agreed EU budget, which together with a recovery fund totals 1.8 trillion euros ($2.2 trillion), should be used to best effect.

The Commission, the letter said, should talk with industry not only to address the supply of vaccines but also other products such as tests and treatments.

The Commission is also proposing to create a programme involving high tech companies and manufacturers to detect and respond to future pathogens faster.

Von der Leyen faced hours of questions on Tuesday from lawmakers over the Commission’s vaccine strategy, with criticism of the slow rollout and export control plan that dismayed Britain and Ireland.

EU countries have so far given first doses to about 3% of their populations, compared with 9% for the United States and 14% for Britain, according to Our World in Data.

By Kirstin Ridley LONDON (Reuters) – Crispin Odey, one of Britain’s most high-profile hedge fund managers, has been acquitted of indecently assaulting a young, female banker in…

WASHINGTON (Reuters) – U.S. households ended 2020 with a record $130.2 trillion in wealth, the Federal Reserve said in a report on Thursday, as rock-bottom interest rates and a…

Slight correction it's a 8 inch screen Fixed, thanks

The energy transition at oil majors