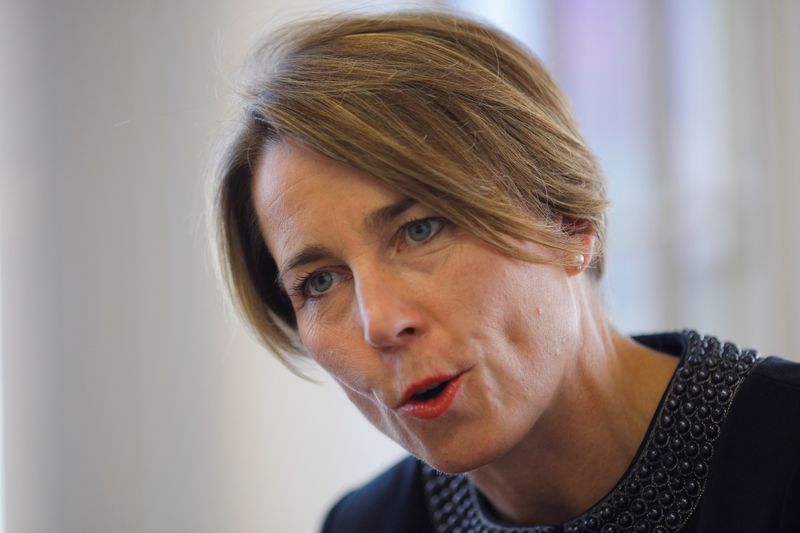 © Reuters. Massachusetts Attorney General Maura Healey answers a question during an interview with Reuters at her office in Boston

BOSTON (Reuters) – One of the largest U.S. student loan servicers has agreed to settle a lawsuit by Massachusetts’ attorney general claiming its mishandling of thousands of loans undermined a federal debt forgiveness program.

Massachusetts Attorney General Maura Healey said the settlement with Pennsylvania Higher Education Assistance Agency, which services $355 billion in federally-owned student loans, would provide first-of-its-kind relief to borrowers in the state. A judge approved it on Tuesday.

Healey, a Democrat, in 2017 sued PHEAA, which does business as FedLoan Servicing, accusing it of deceptive practices that caused public servants to lose benefits and financial assistance under two federal programs.

One program allows for the forgiveness of student loans after about 10 years of public service work. The other provides grants to borrowers pursuing teaching careers in low-income schools for at least four years.

Under the settlement, up to 250,000 Massachusetts borrowers whose federal loans PHEAA services could seek a detailed account review. PHEAA must try to correct any servicing errors it identifies and, if it cannot, pay the borrowers.

PHEAA, a quasi-governmental agency established by the state of Pennsylvania, did not admit wrongdoing. In a statement, it said the deal reaffirmed its commitment to all student borrowers.

The administration of Republican former President Donald Trump supported PHEAA, with the Justice Department arguing in 2018 that Healey could not pursue claims under state law to the extent they conflicted with federal law.

But a judge declined to dismiss the case.

New York Attorney General Letitia James also sued PHEAA in 2019, after the Department of Education’s inspector general criticized that agency for not taking action against PHEAA and other servicers for their mistakes.

Securities forces have restricted Pakistan's acts to borders only: Rajnath