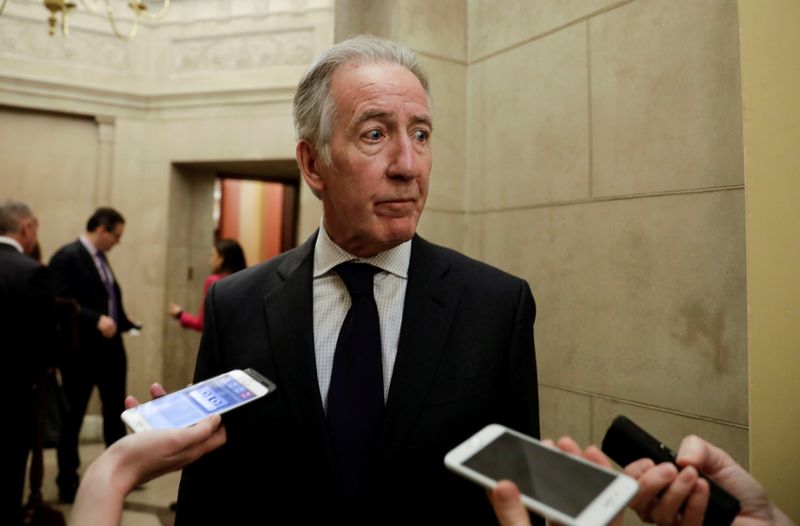 WASHINGTON (Reuters) – The top lawmaker on trade matters in the U.S. House of Representatives said on Tuesday that he will focus this year on enforcing U.S. trade agreements and working with the Biden administration to combat China’s use of forced labor in its western Xinjiang region.

House Ways and Means Committee Chairman Richard Neal, speaking on a webcast forum organized by the Washington International Trade Association, said he also was open to negotiating new trade agreements with Britain and the European Union.

The Massachusetts Democrat also said he would work closely with U.S. Trade Representative nominee Katherine Tai, who previously served as the Ways and Means Committee’s Democratic trade counsel, “to make sure that we aggressively enforce all the provisions” in the new U.S.-Mexico-Canada Agreement.

He added that he would work to “ensure that our trading partners are upholding their commitments, especially in the area of labor and environment, as well as making sure that the enforcement areas that we’ve agreed to will be honored.”

Neal said he was troubled by China’s use of concentration camps and forced labor to assimilate Uighur Muslims in Xinjiang and that the United States needed to work with allies to push back on those policies.

“It’s imperative that every country does their part to confront China and ensure their countries do not become vessels for products made with forced labor. I’m also deeply concerned with the unabashed steps taken by China to suppress the democratic institutions and practices in Hong Kong, and the ongoing threats to Taiwan,” Neal said.