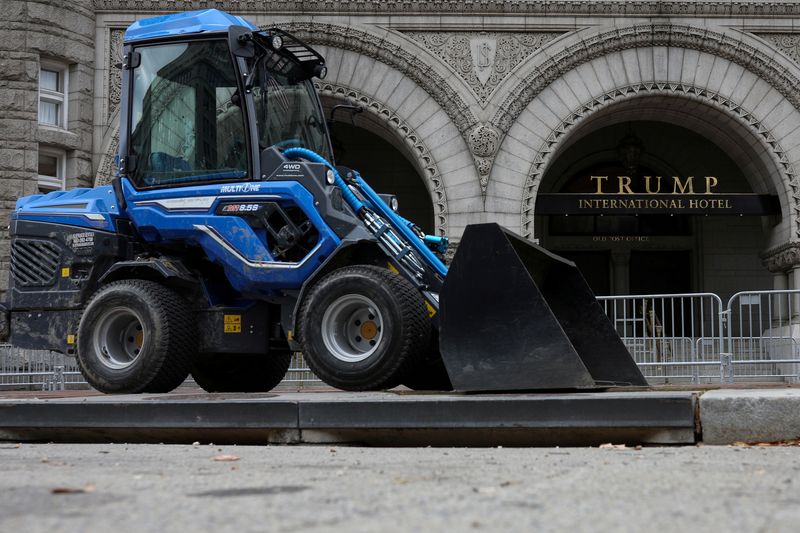 The circumstances were similar at Trump property in Las Vegas, which saw revenues decline 60.5% to $9.2 million and at his Florida golf course, Trump National Doral, revenue down 42.7% to $44.2 million.

A rare bright spot was Trump’s Mar-a-Lago club in Palm Beach, Florida, where he is expected to spend most of his time post presidency. Revenue at that property, which Trump frequently used to host political allies and foreign dignitaries, climbed 13% year-on-year to reach $24.2 million.

The regular financial disclosures Trump was required to file as president offer one of the fullest glimpses into the billionaire businessman’s finances, as Trump steadfastly refused to release his tax returns, despite it being common practice for prior presidents.

His final disclosure spanned 79 pages and detailed everything from his varied property holdings to how much he received in pension payments as a member of the Screen Actors Guild. It also included a number of gifts Trump received as president, including an Ultimate Fight Championship belt, valued at $650, from Colby Covington, a Trump-friendly fighter.

It also details a number of sizeable liabilities owed by Trump’s businesses, including five separate lines of credit worth at least $50 million apiece. Most of the debt disclosed by Trump is due to mature within the next four years.

By Tim Reid (Reuters) – Michael Johnson, a construction worker in Washington, D.C., is waiting for the $1,400 check from the government promised after U.S. President Joe Biden…

Robinhood just so happens to have a Congressional lobbyist job opening

A tech CEO’s guide to taxes