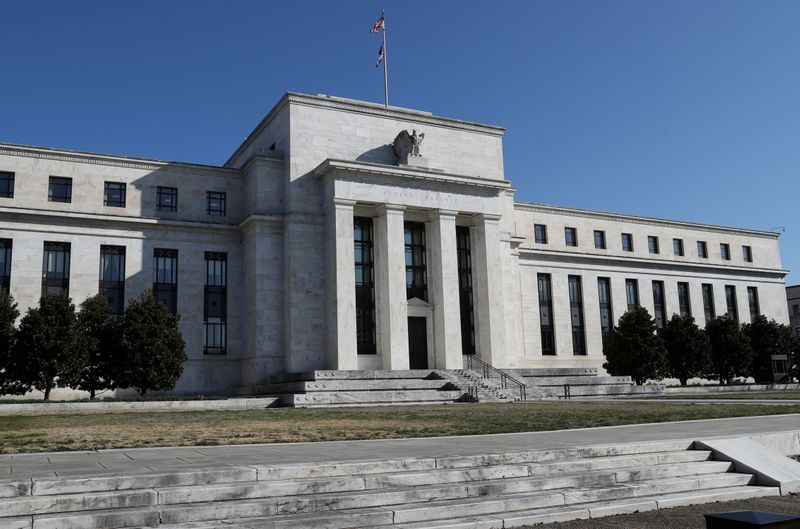 WASHINGTON (Reuters) – The Federal Reserve was nearly unanimous in its decision last month to leave its bond-buying program unchanged, but left a wide berth for officials in the future to decide if and when changes should be made, according to minutes of the U.S. central bank’s policy meeting last month.

“All participants” in the session agreed the Fed should commit to leaving the program in place until there was “substantial further progress” towards the Fed’s goals for the economy, and “nearly all” favored keeping the current mix of assets purchased intact, rather than focusing, for example, on longer-term U.S. Treasury bonds as some analysts have advocated, said the minutes, which were released on Wednesday.

But in terms of how to judge when “substantial further progress” had been achieved, “participants commented that this judgment would be broad, qualitative, and not based on specific numerical criteria or thresholds.”

That description could offer policymakers wide latitude to begin contemplating changes to the bond-buying program in coming months if, for example, the distribution of a coronavirus vaccine leads to a faster-than-expected economic recovery.

The one requirement policymakers agreed on was the need to flag where they stood on that debate “well in advance of the time” the recovery might actually warrant a change in the $120 billion in monthly purchases.

The Fed’s decision at its Dec. 15-16 meeting to leave its monthly bond purchases unchanged dismayed analysts and investors who thought the central bank should have expanded the program to better support the economy through the coronavirus pandemic.

The minutes released provided more detail on what drove that decision, and also opened discussion on what it would take for central bankers to shift monetary policy in coming months.

Fed officials in recent days have already begun sketching out that next phase of their debate – a discussion likely to hinge on how successful the country is in delivering coronavirus shots to its 330 million residents.

“The faster we get that under control the more robust this recovery is going to look,” Atlanta Fed President Raphael Bostic said in an interview with Reuters this week. “We just have to ride out this time, continue to follow public health recommendations and try to minimize the spread,” while the vaccine is distributed.

Bostic said he thought it possible that by late spring or summer, businesses that have been kept off line and people that have been kept inside because of the pandemic may resume “more normal types of interaction … the middle part of the year will be quite strong.”

That, in turn, could allow the Fed to begin at least discussing how and when to pull back on the $120 billion in monthly bond purchases it has been making since last spring to keep financial markets functioning and hold long-term interest rates at their historic lows.

The Fed in December said it would keep those purchases going “until substantial further progress has been made” in returning the economy to full employment and lifting inflation to the Fed’s 2% goal. Bostic said he felt that condition might be met “in short order” this year if the vaccination rollout is successful.