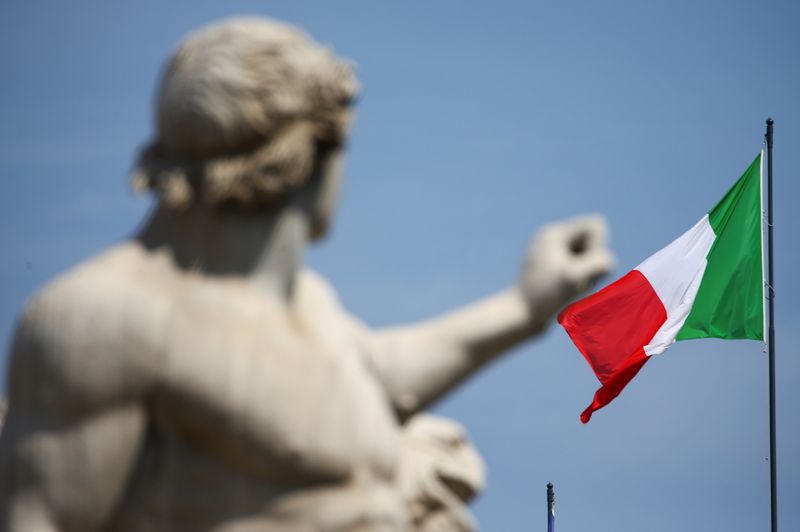 © Reuters. The Italian flag waves over the Quirinal Palace in Rome

ROME (Reuters) – Italy forecasts its debt to soar to a new post-war record level of 158.5% of gross domestic output (GDP) this year, surpassing the 155.6% goal it set in September, a government source told Reuters on Saturday.

The new estimate reflects the impact of a stimulus package worth 32 billion euros ($39 billion) announced this week, which will drive the 2021 budget deficit to 8.8% of national output, up from 7% previously targeted.

The extra spending will be used to help the hard-pressed national health service, fund grants and furlough schemes to businesses forced to close due to coronavirus lockdowns, and provide cover for a postponement of tax payment deadlines.

The government is due to update its debt and deficit targets in April.

Rome’s huge public debt is the second highest in the euro zone after that of Greece.

Despite the higher forecasts for 2021, however, the debt figure for 2020 is expected to come in lower than previously estimated, the source said, asking not to be named.

The final deficit and debt figures for last year will be published by national statistics bureau ISTAT in March.

We Have a Long Way to Go in the Economic Recovery: Elise Gould