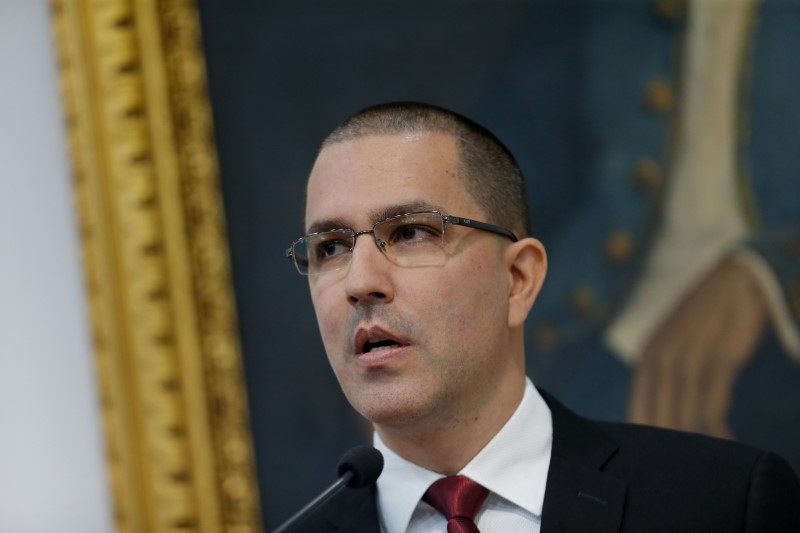 CARACAS (Reuters) – Venezuelan Foreign Minister Jorge Arreaza on Saturday criticized a U.S. court ruling authorizing a sale of the shares in the parent company of U.S. refiner Citgo Petroleum Corp, calling it the result of a “fraudulent judicial process.”

Citgo is a unit of Venezuelan state oil company Petroleos de Venezuela. A federal court in Delaware this week approved the sale as a way for Canadian gold miner Crystallex to collect on a $1.4 billion judgment for expropriation of its assets, though U.S. sanctions currently bar the transaction.

In a state television appearance, Arreaza called the decision “a procedural fraud that intends to steal from the people of the Bolivarian Republic of Venezuela the main asset they have abroad.”

“Venezuela will never give up on the defense of its rights and interests in the appropriate forums with the goal of conserving its patrimony,” Arreaza said.

Arreaza said the Venezuelan government was not given the right to defend itself. Lawyers working with Venezuelan opposition leader Juan Guaido, recognized by Washington and dozens of other countries as the South American nation’s rightful leader, represented Venezuela in the case.

The opposition argues that it is trying to preserve Venezuela’s ownership of Citgo, which it argues President Nicolas Maduro and his predecessor Hugo Chavez put at risk by irresponsibly taking on debt and arbitrarily expropriating foreign companies’ assets in Venezuela.

The NRA Files For Bankruptcy

Here’s where you can buy a PS5

All the Best Rokus Are On Sale Right Now