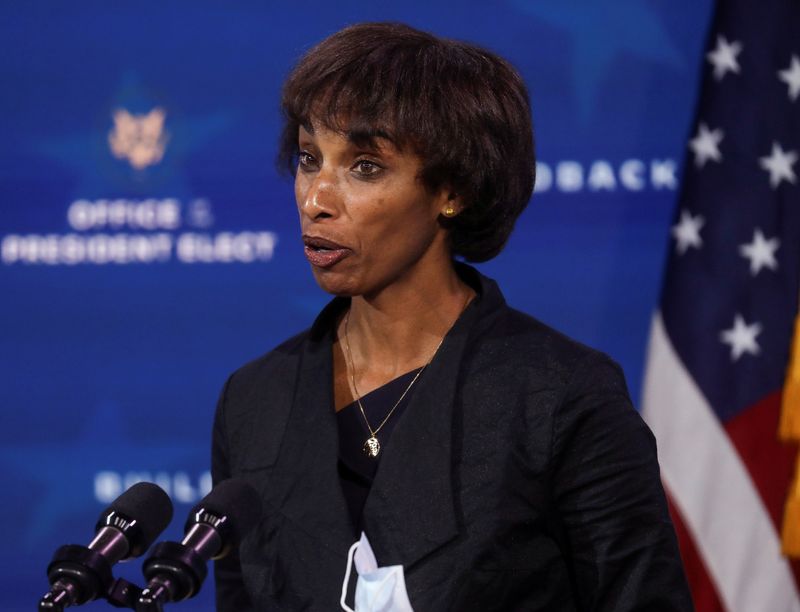 WASHINGTON (Reuters) – A majority of the U.S. Senate on Tuesday voted to confirm Cecilia Rouse as chair of the White House Council of Economic Advisers, making her the first Black economist to serve in the post.

Rouse was confirmed in an overwhelmingly bipartisan vote of 95-4, with one senator not voting.

Rouse, 57, a labor economist and former dean of the Princeton School of Public and International Affairs, has pledged to work for a more equitable and just economy that serves all the people after years of widening gaps and disparities.

She will join other powerful women in top economic posts across the Biden administration, including Treasury Secretary Janet Yellen and Commerce Secretary Gina Raimondo, who was also confirmed on Tuesday.

Rouse served on the council in the Obama administration from 2009 to 2011, the worst years of the previous economic crisis. She also served in a Clinton White House economic policy post.

During her confirmation hearing in January, Rouse said more spending was needed to support the U.S. economy and keep it growing and avoid a “downward spiral” in the country’s ability to service its debt.

“One of my priorities as chair will be to try to understand how policies will impact all those in our country as we strive to ensure the economy works for everyone,” she told the Senate Banking Committee at the time.

“Far too many have slipped through our frayed safety net into hardship and hopelessness,” Rouse said. “And structural inequities that have always existed within our economy have not just been exposed, but exacerbated, their impact more devastating than ever before.”

China cracks down on use of Tesla vehicles, citing privacy concerns