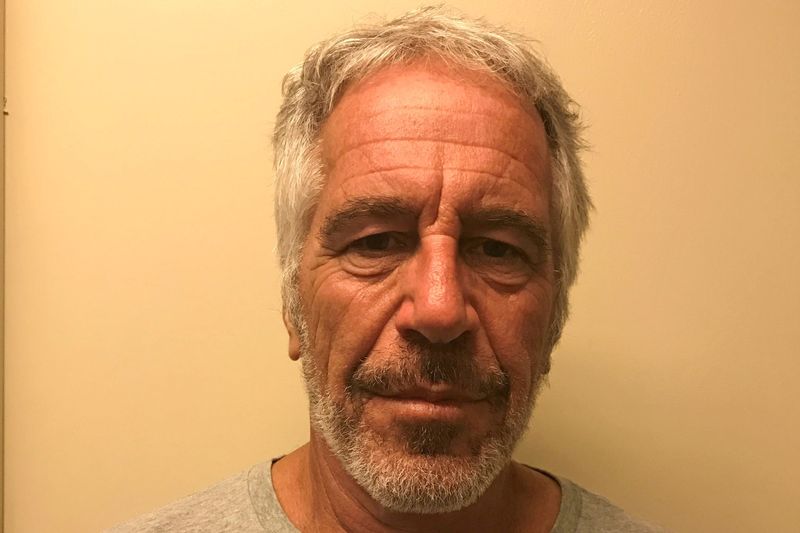 (Reuters) – The executors of Jeffrey Epstein’s estate were accused on Wednesday of being the “indispensable captains” of the financier’s sex trafficking scheme, escalating a legal battle that could delay compensation for Epstein’s victims.

Denise George, the U.S. Virgin Islands attorney general, made the accusation in an amended lawsuit naming the executors Darren Indyke and Richard Kahn as defendants, a few hours after the executors’ lawyers filed papers opposing her bid to freeze the estate’s assets.

Both executors “categorically reject the allegations of misconduct,” their lawyers said in an emailed statement.

“Neither Mr. Indyke nor Mr. Kahn had any involvement in any misconduct by Mr. Epstein of any kind, at any time,” the lawyers said. “It is enormously regrettable that the Attorney General chose to level false allegations and to unfairly malign the co-executors’ reputation without any proof or factual basis.”

George sought the freeze after the Feb. 4 announcement that the administrator of the Epstein Victims’ Compensation Program would temporarily halt payouts because most of the estate’s estimated $240.8 million of assets, down from a peak of around $634 million, were illiquid.

George first sued the estate for civil penalties and the forfeiture of assets including two private islands in the Virgin Islands in January 2020, five months after Epstein killed himself in a Manhattan jail while awaiting trial on sex trafficking charges.

She later dropped her opposition to the payout program for Epstein’s accusers, which according to the executors’ lawyers has paid out $57.8 million of the more than $87 million it has received from the estate.

George’s additional claims were detailed in a 76-page complaint she said she filed with the Virgin Islands Superior Court to help “ensure the victims, our government, and our residents obtain the answers they deserve.”

They include accusations that the executors, through performing legal and accounting work for Epstein before his death, “knowingly facilitated” at least three “forced” marriages for victims to secure their immigration status “so that they could continue to be available to Epstein for his abuse.”

In opposing an asset freeze, the executors’ lawyers said George had not shown the estate had been “mismanaged.”

The lawyers said Epstein’s waterfront home in Palm Beach, Florida has been in contract since October, while his townhouse on Manhattan’s Upper East Side is “progressing” toward a sale.

They also said Epstein’s Virgin Islands properties cannot be sold because George has put liens on them, and the value of homes and aircraft in the estate could “plummet” if sales were blocked, reducing potential compensation for victims.

“That helps no one,” the lawyers said.

The administrator of the victims compensation fund was not immediately available for comment outside business hours.

Pentagon Scientists Mull A Big Problem—How To Destroy A Whole Lot Of Chinese Ships And Russian Tanks, And Fast

From Lightbulbs to 5G, China Battles West for Control of Vital Technology Standards